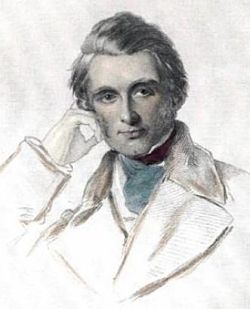 My name is Richard Holt. By the time you read this, I’ll be gone from this world. Possibly even dead. As long as you’re here, I might as well share my story.

I’m an archaeologist by training, though you won’t find my name in any research journals. Fifteen years ago, just after I finished my PhD at the University of Chicago, my career took an unusual turn. A woman named Kiara approached the head of our department – Alan Kingsley, a name you will find in research journals – with an unusual request. Her corporate employer wanted a consultation for something they’d found in a cave, on a remote island in the South Pacific.

They wanted Kingsley, of course, but he’d stopped traveling by then. On his recommendation, they got me instead. It was sheer luck that I’d just started my training, and not yet picked a real focus of study. In other words, I was the low man on the totem pole.

I boarded a private jet with nothing more than an overnight bag, thinking I’d be back in a couple of days. Not knowing that I’d never return.

Discovery of a Lifetime

My new employer was CASE Global, the billion-dollar multinational corporation. And what they’d found in the cave was no mere artifact. It was a portal to another world. A world nearly as large as Earth, but untouched by industrial exploitation. A world the inhabitants call Alissia.

You might ask, how can this be true? If we’ve discovered another world, shouldn’t that be breaking news all over the world? The answer is simple: CASE Global has kept the gateway’s existence hidden from the inhabitants of both worlds. Their advance teams secured the island within a matter of weeks. Two months later, the cavern that held the gateway lay beneath a state-of-the-art research complex. For fifteen years, the company has managed to hide what may be the most important discovery in the history of humankind.

And they hired me to study it.

That’s what I’ve been doing the last. The people, the geography, the flora and fauna. Alissian technology resembles that of medieval Europe, with one key exception: the existence of true magic. Yet our progress in understanding that aspect has been frustrating. Alissian magic users are elusive. I suspect they may have a secret community of their own.

Our research budget was nearly limitless, our work supported by funds channeled from CASE Global’s other divisions: domestic products, military equipment, electronics. Most importantly, their resources enabled us to study Alissia without being detected. I studied the world by immersing myself in it. Understood their societies by joining them. It is more than my passion and my life’s work. Alissia is my home.

Even as I studied it, however, company executives made quiet plans for the eventual exploitation of their biggest investment. Plans that I would never support (which is probably why they didn’t tell me). As careful as they were, they forgot that I trained as an archaeologist. That I am, first and foremost, an expert in human behavior.

To an outsider, the company’s careful maneuvers might seem like business as usual. Routine acquisitions of technologies from the biotech sector. Technology development in oil and natural gas technologies. A gradual increase in military contractors. To me, they were pieces of a puzzle that comes together in a single way. The subjugation and exploitation of another world.

In retrospect, this has always been the company’s endgame. Our cultural studies helped them assess the size of the population, the technology level. Our geological surveys laid the groundwork for mining operations. The relationships I developed so carefully with Alissian natives have grown into a complex intelligence network.

The company is planning an invasion. I am certain of it, and I will do my best to stop them. The best way to do that is to unmask their secrets to the world. Every word on this site is a violation of the non-disclosure agreements I signed fifteen years ago. I am not so foolish as to underestimate CASE Global’s reach. There is nowhere on Earth that I can hide. But that’s just fine.