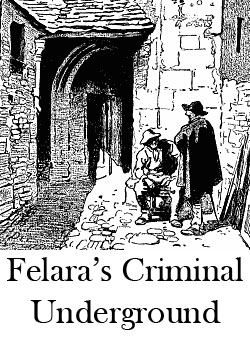 That gateway that we discovered — the portal to Alissia — is found in a cave, on a remote island in the South Pacific. On their side, it opens in Felara, a nation in the rugged mountainous north of the Alissian mainland. The cave that holds the gateway is eerily similar to the one on the Earth side, but otherwise unremarkable. It’s at a higher altitude in a remote region of Felara, which may explain why they haven’t found it. Or more accurately, how the company has been able to prevent its discovery.

Of course, CASE Global has taken certain precautions against the errant local stumbling across the cave and through the gateway into Earth. On our side, a Plexiglas airlock equipped with biological and chemical scanners prevent any unauthorized intrusions. On their side, proximity sensors and state-of-the-art holographic camouflage projectors make it difficult to approach undetected. Fortunately, however, the region nearest the gateway is uninhabited.

The nearest village, Wenthrop, is about two days’ ride to the south. Village may be too strong of a word. Wenthrop’s thirty or forty small thatch-roofed cottages form a rough circle around its prevailing feature: an inn with a common room.

The Wayfarer has burned to the ground and been rebuilt three times in the past decade. Its interior reeks of soot and sour ale. But it’s the only inn for leagues in any direction, so the common room’s usually crowded.

Few might guess that that the Wayfarer is the nexus of criminal activity in the Alissian north. The inn’s proprietor goes by Silas, though I doubt that’s his real name. Look at him most times, and the first thing you notice is the way he sweats. The way he wrings his hands. He’s the perfect image of a nervous innkeeper.

Which is exactly what Silas wants you to think.

I admit, it took me an embarrassingly long time to see past the facade. It was the brawlers that clued me in. Four big men, armed with steel-wrapped cudgels. Silas keeps them around on busy nights — usually playing cards in a private chamber off the common room — and sells their loyalty by silent auction throughout the night. If a fight breaks out, the high bidder had better be you.

Silas makes a tidy sum playing his customers off one another, letting them bid for the cudgels. But that’s a drop in the bucket of his full enterprise. As the go-between for Felara’s crime syndicates, he has his finger in a lot more than simple brawlers-for-hire. Arson, smuggling, extortion. If I wanted to hire serious muscle for any kind of work, he’s the first one I’d ask.

And I probably will need his help. If you’ve read my story, you already know why.