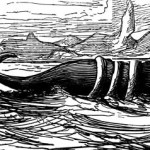 One of my most memorable expeditions was the summer I spent in Pirea, a city-state in the northeast of the Alissian mainland. The rocky soil there will grow nothing but weeds. Ninety percent of the population's food comes from the sea. Their survival hinges on the success of a six-week fishing … END_OF_DOCUMENT_TOKEN_TO_BE_REPLACED 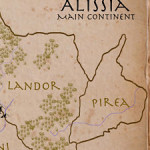 I will warn you right away that this may be an exercise in futility. My name is Richard Holt, and I'm on a mission to save the world. Not our world, but one you've never heard about. Alissia. A world nearly as large as Earth, but untouched by pollution and exploitation. A world that my corporate … END_OF_DOCUMENT_TOKEN_TO_BE_REPLACED 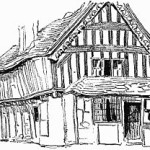 That gateway that we discovered -- the portal to Alissia -- is found in a cave, on a remote island in the South Pacific. On their side, it opens in Felara, a nation in the rugged mountainous north of the Alissian mainland. The cave that holds the gateway is eerily similar to the one on the Earth … END_OF_DOCUMENT_TOKEN_TO_BE_REPLACED 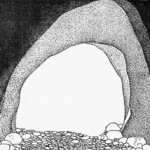 The gateway to Alissia was discovered some fifteen years ago, on a remote island in the South Pacific. Most of the island's inhabitants lived at sea level, near the coast. The island's high hills saw few visitors, except for the occasional shepherd and his flock. It was one such man who stumbled on … END_OF_DOCUMENT_TOKEN_TO_BE_REPLACED